Notes on family matters. Pen drawing of a dragon accompanied by biographical notes. Note to Leslie Waddington of Waddington Galleries, London (28 October 1994) with a base and treble clef motif. Original unedited version of and notes for Barry Flanagan’s essay ‘Why the Hare’ (1997), accompanied by photocopies and a dictation. Notes of research including a facsimile of the depiction of a hare and its symbolism in ancient Egyptian hieroglyph’s. Fax to Felix Mottram of Waddington Galleries regarding this research. Note of the Fire Station Studios in Dublin.

To view more content in this file, you can book an appointment to visit the Archive and Library
Book Appointment
Related Archive Entries
There is 1 Archive Entry relating to this entry 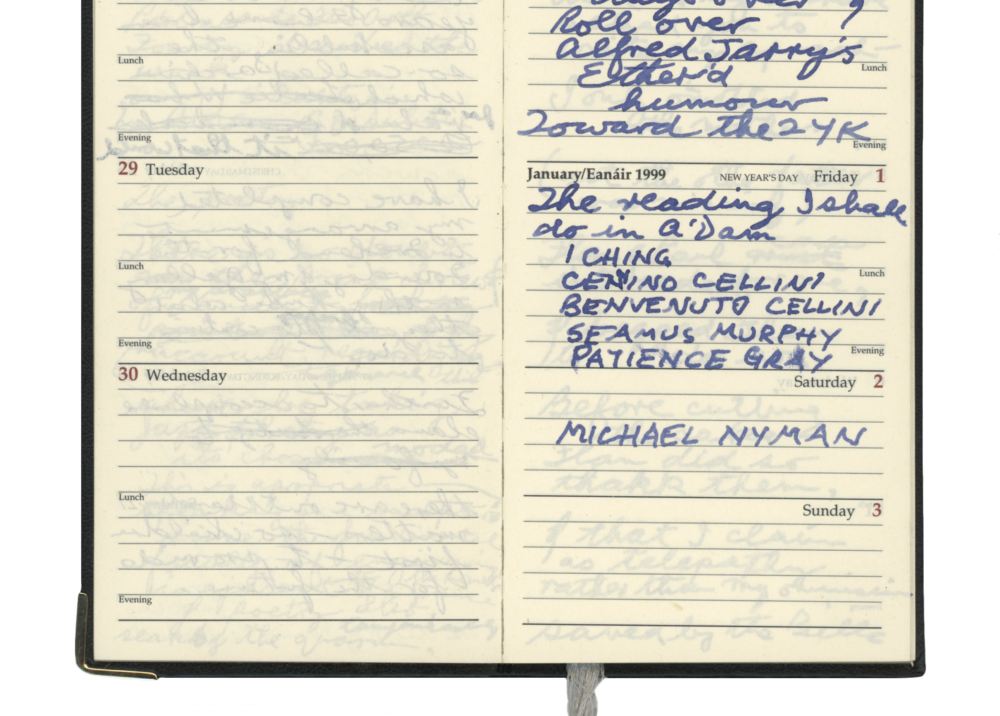 Waddington Galleries
Back To Top