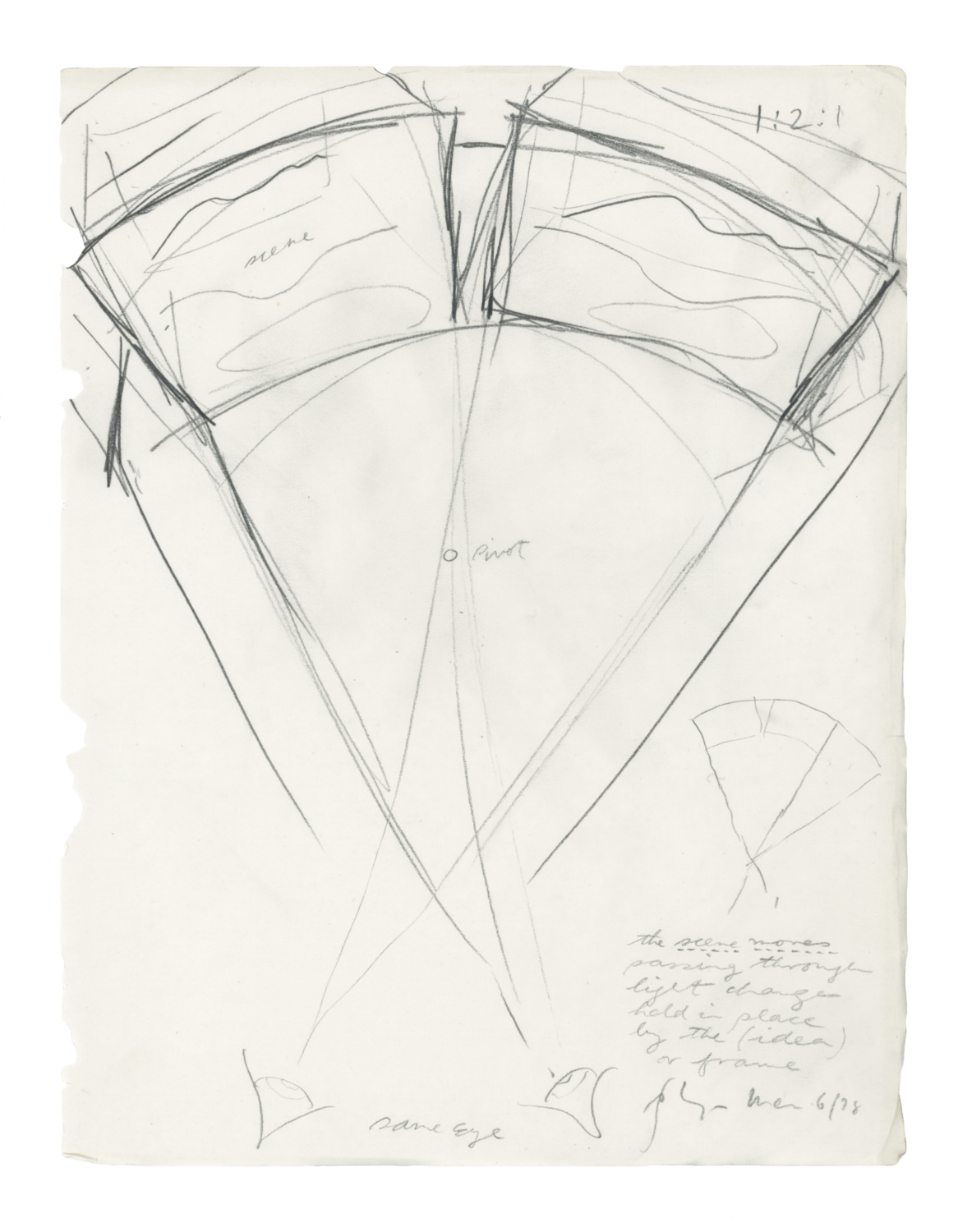 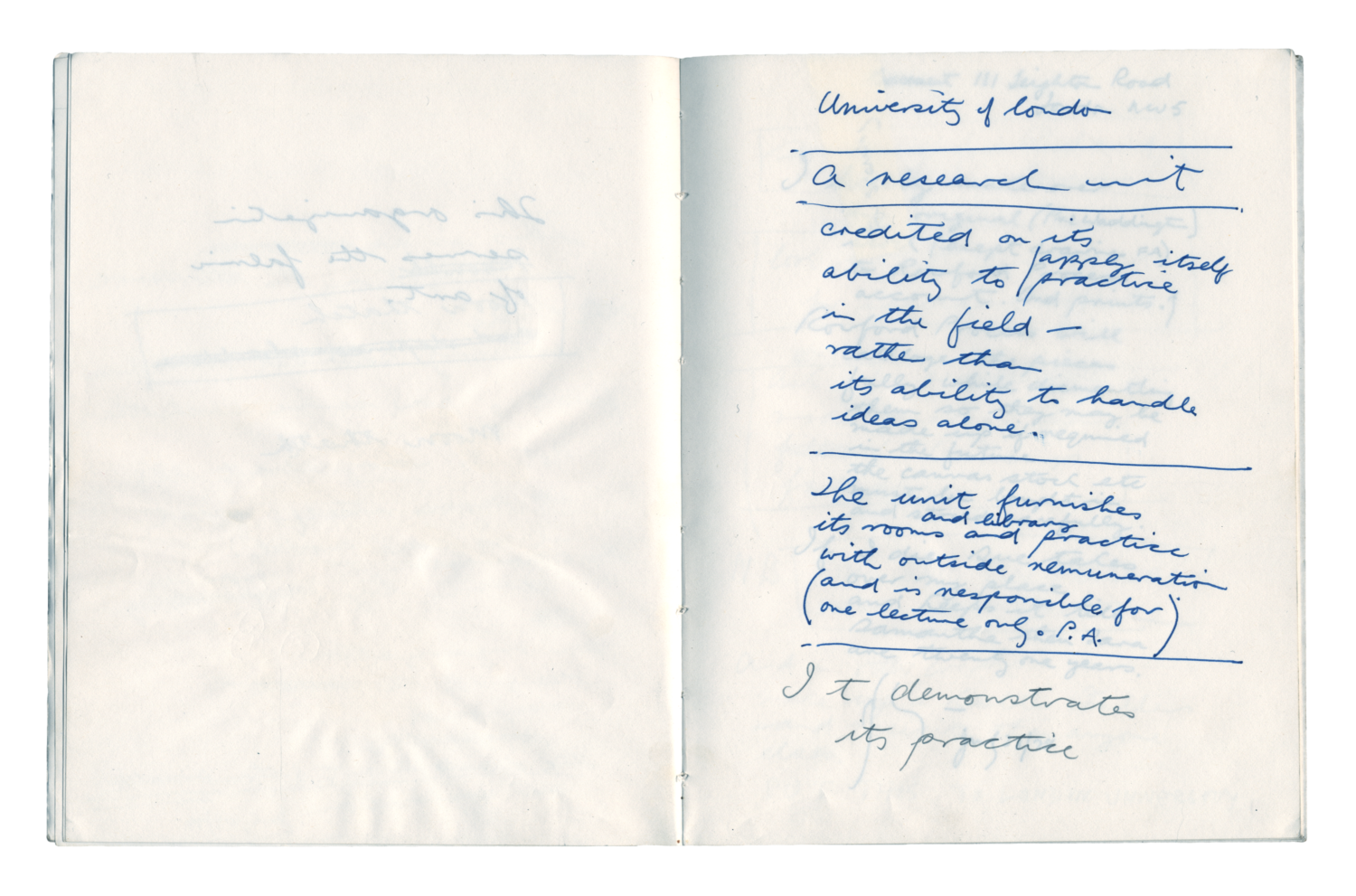 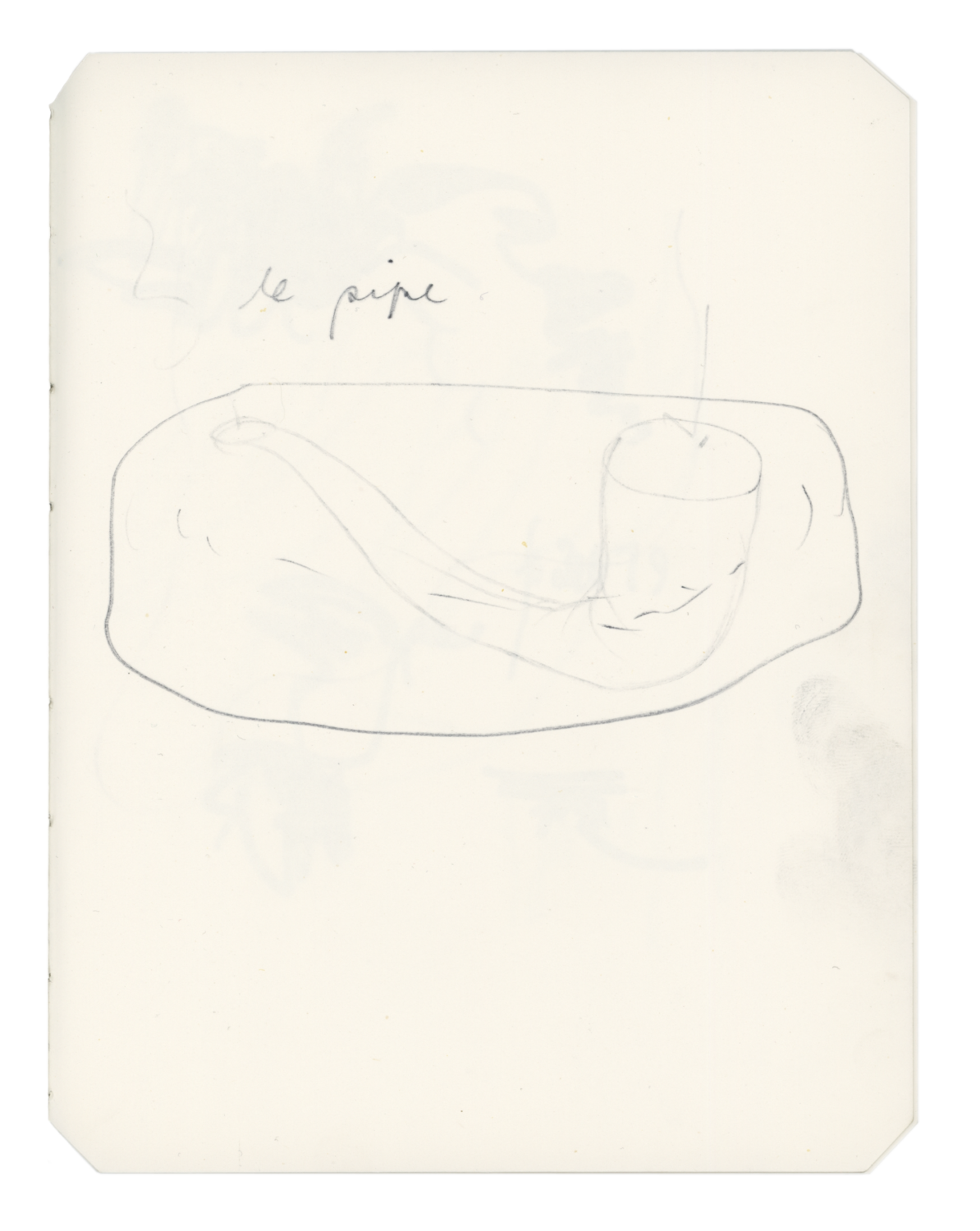 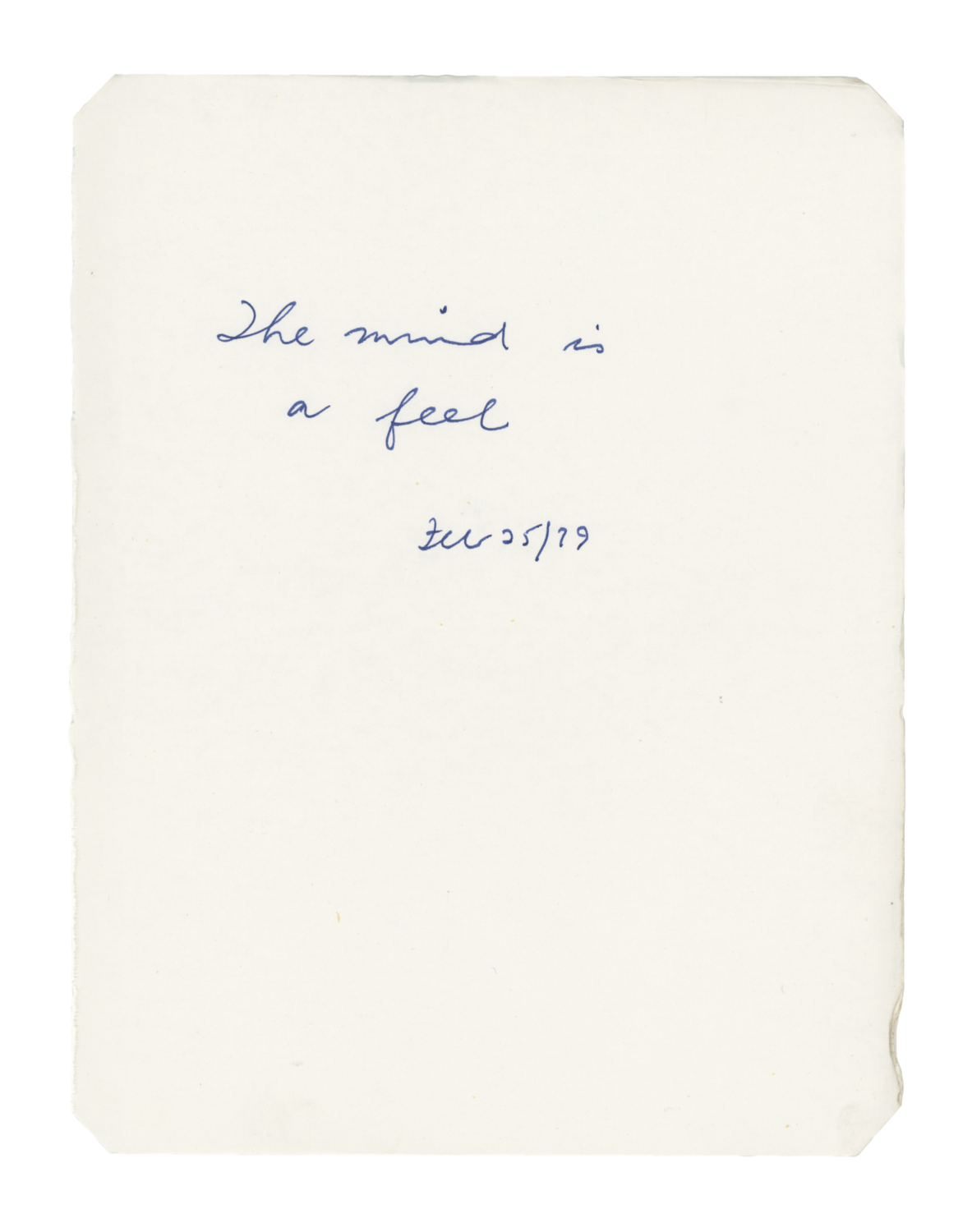 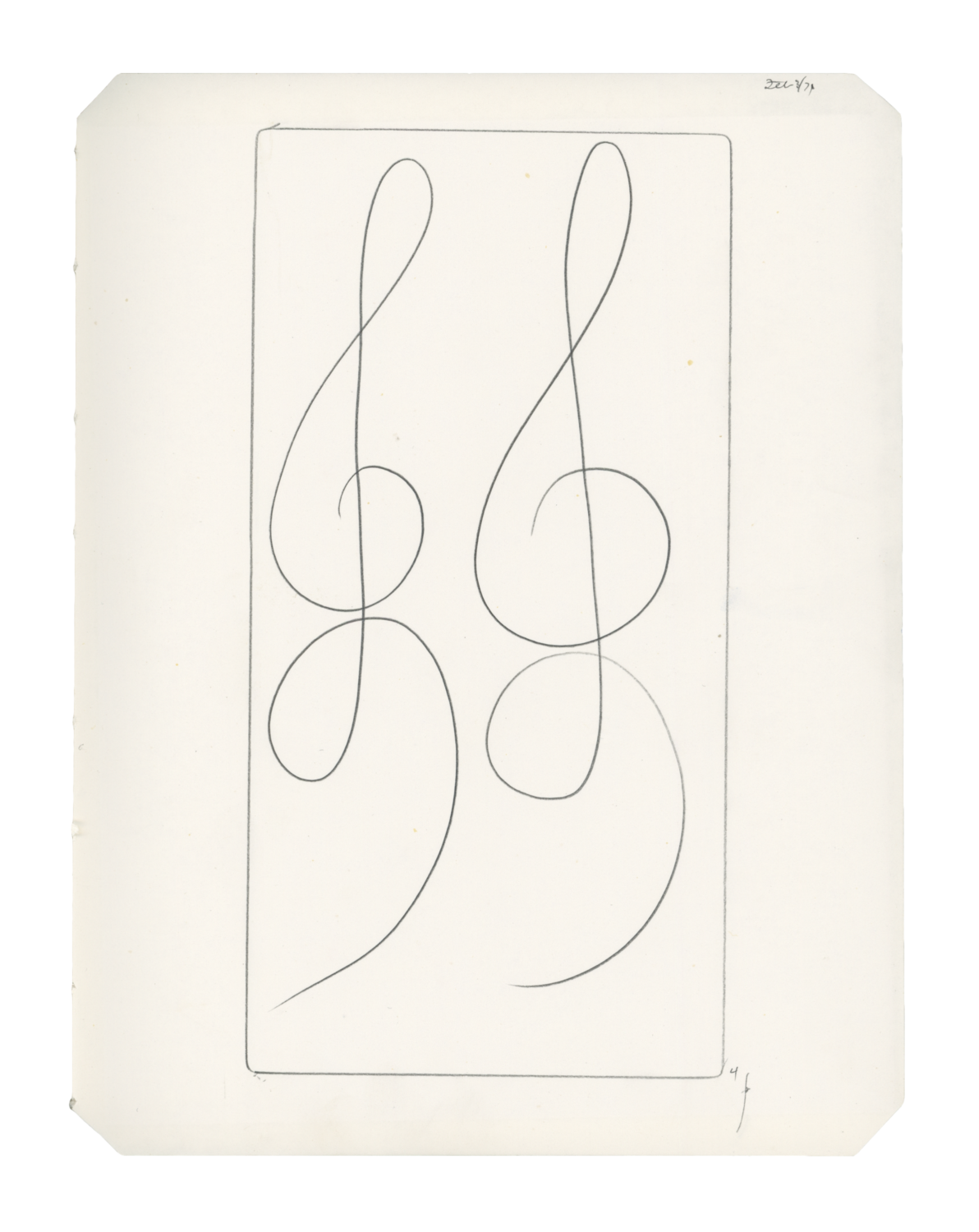 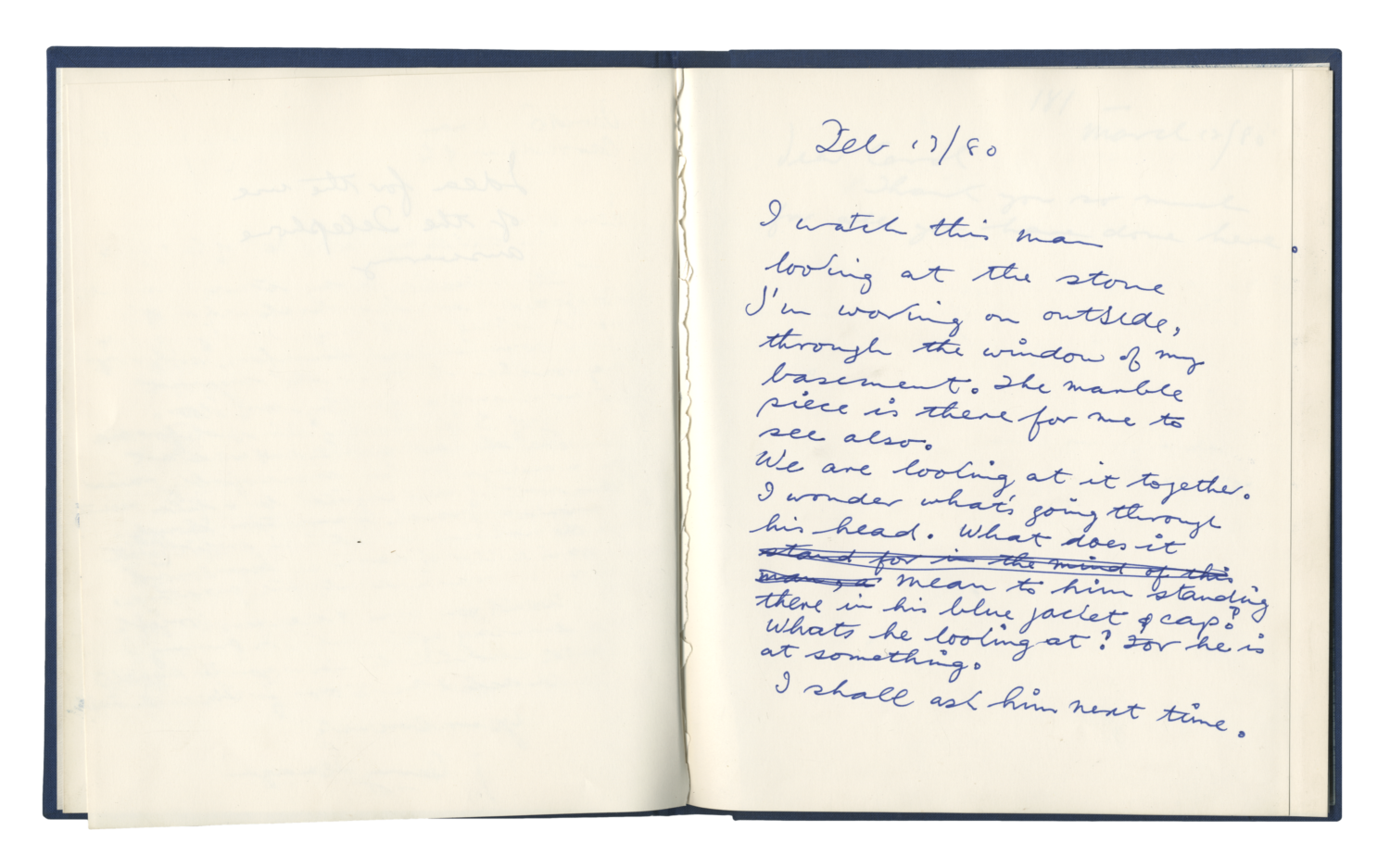 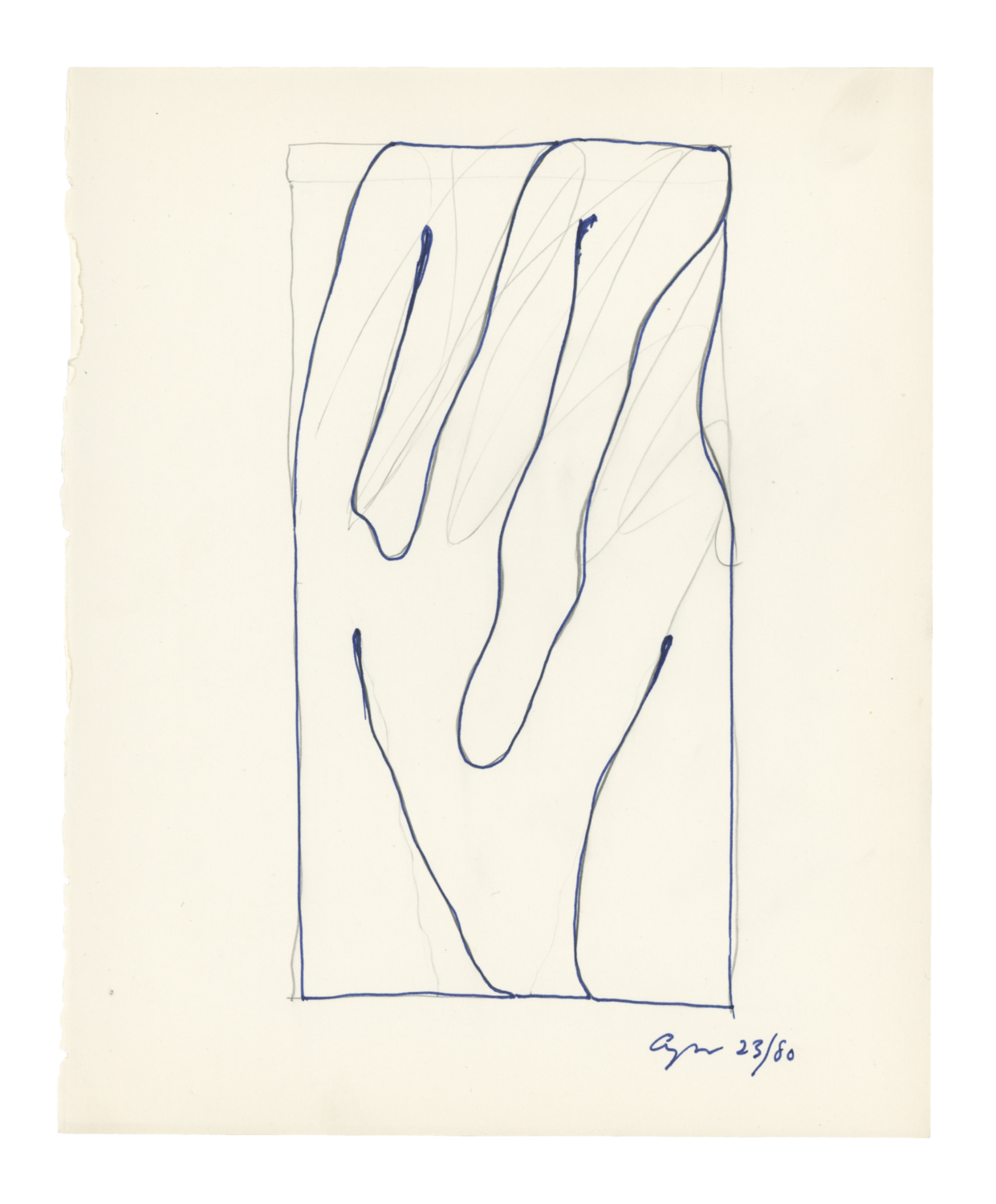 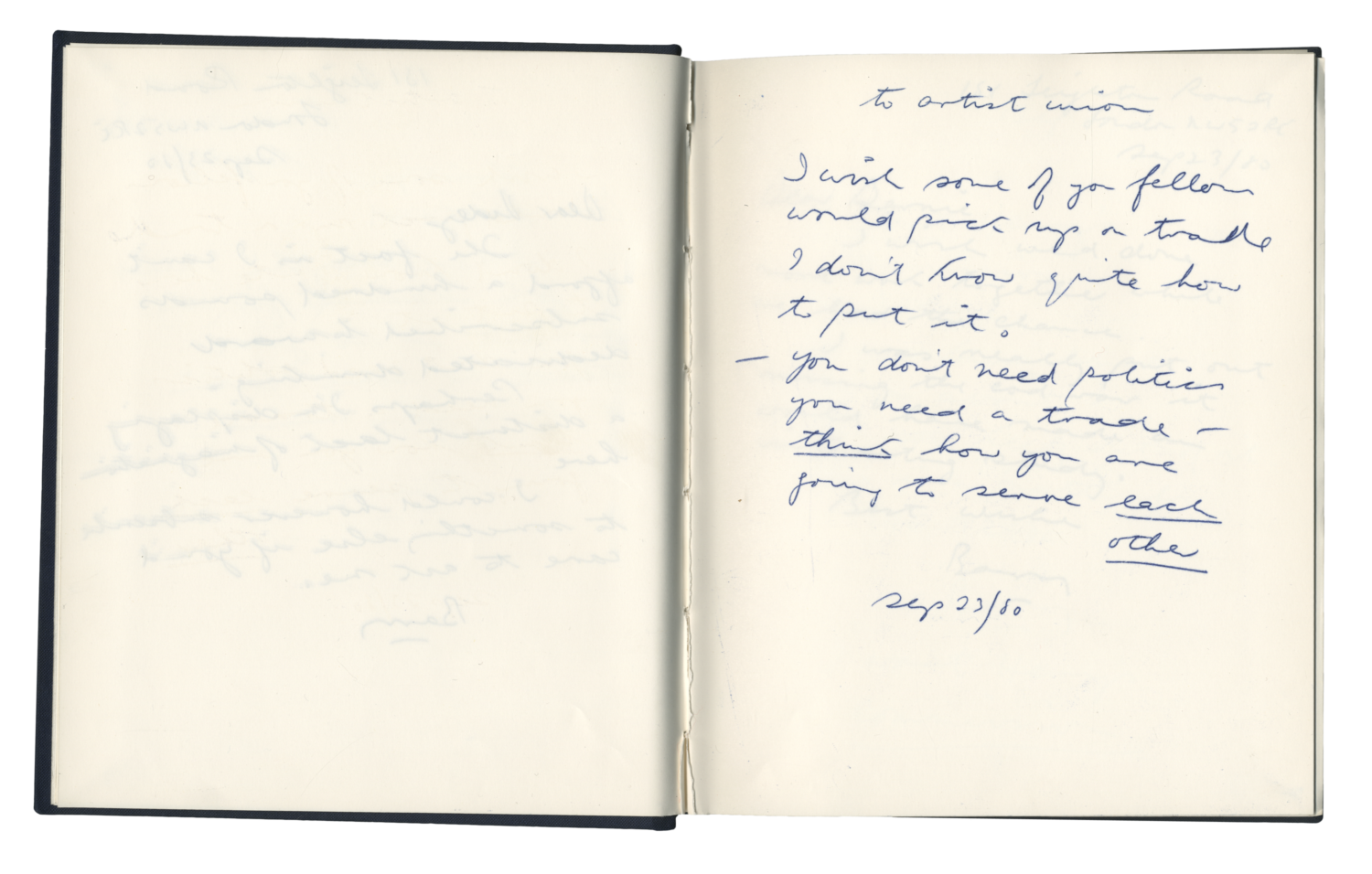 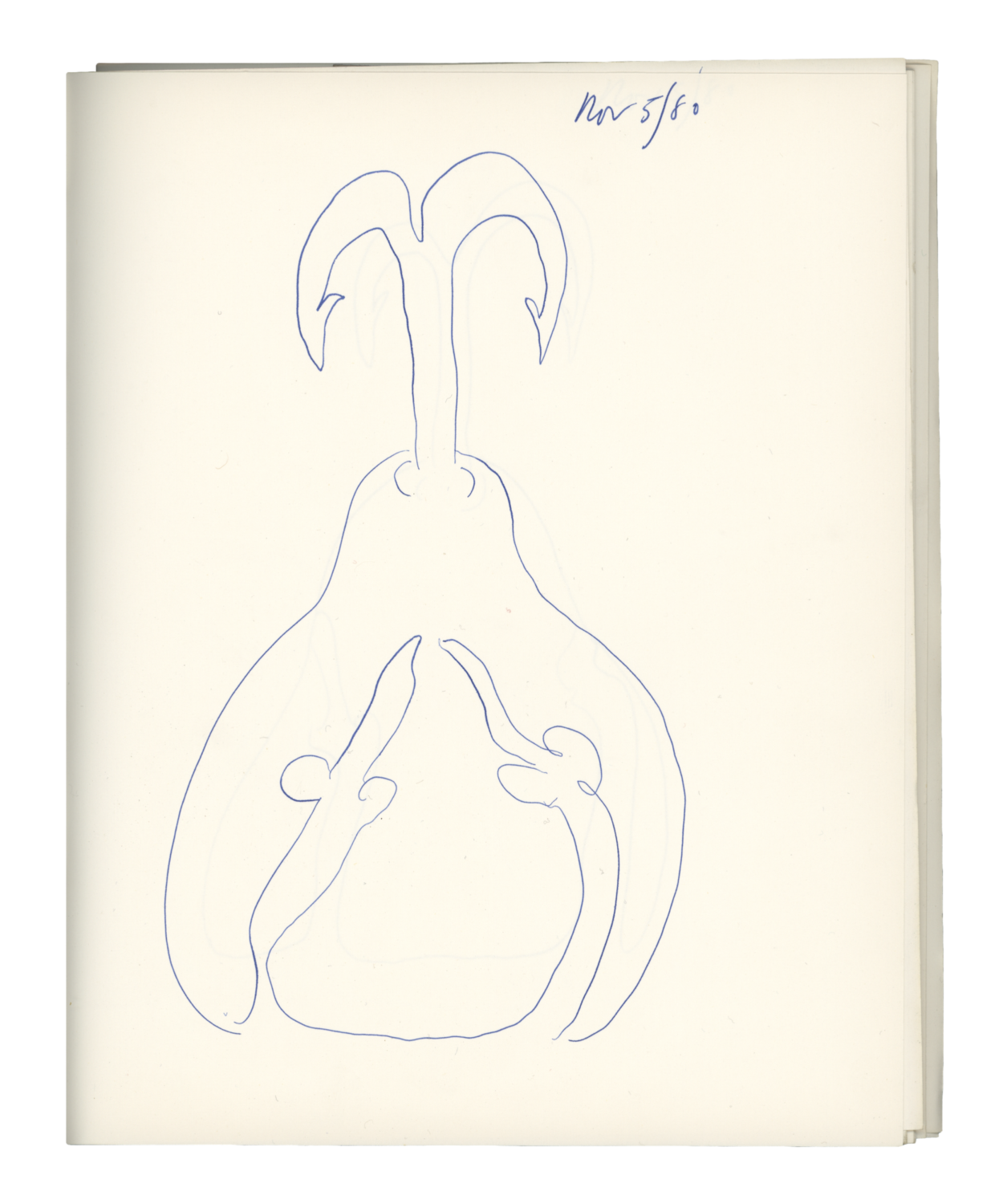 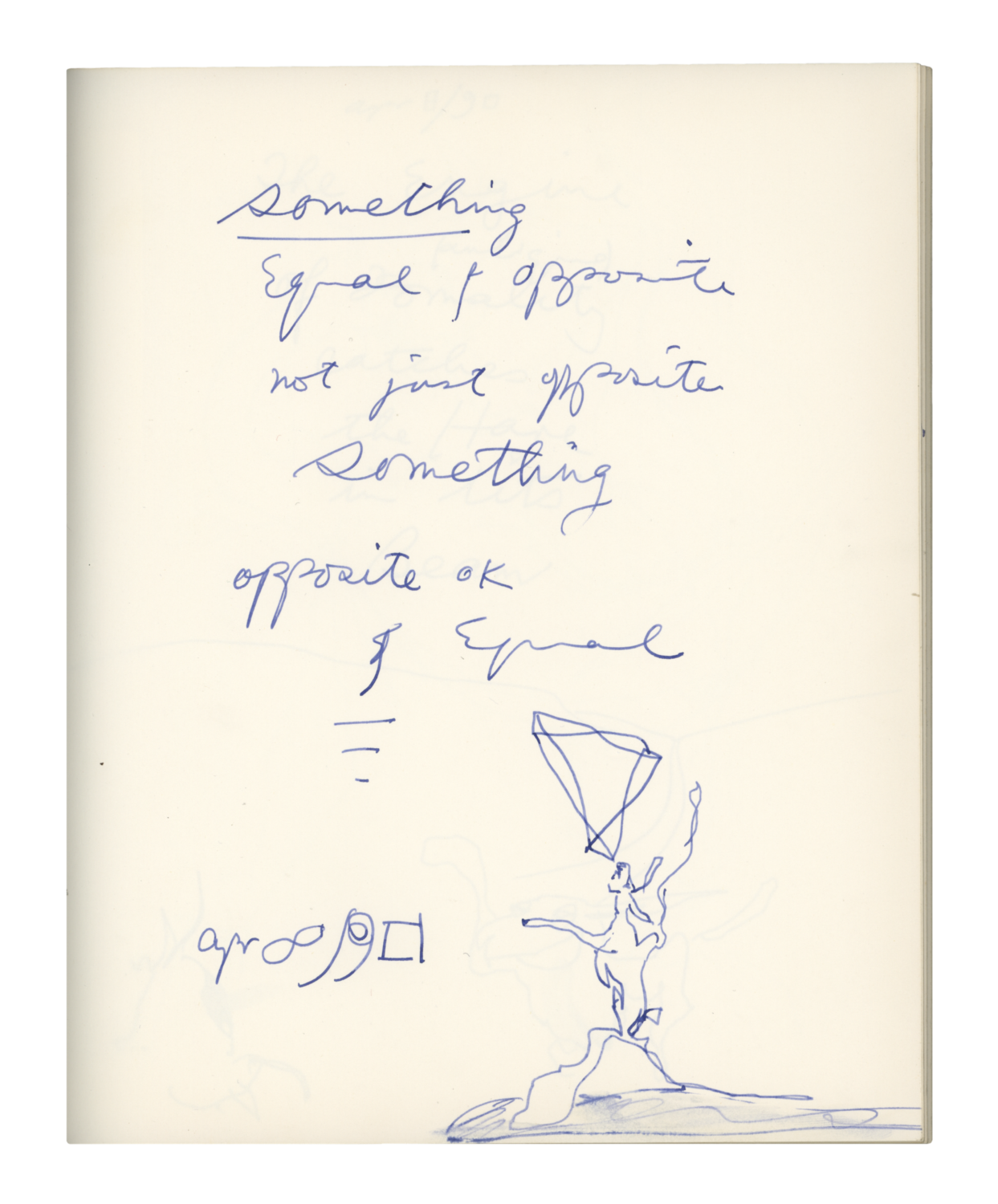 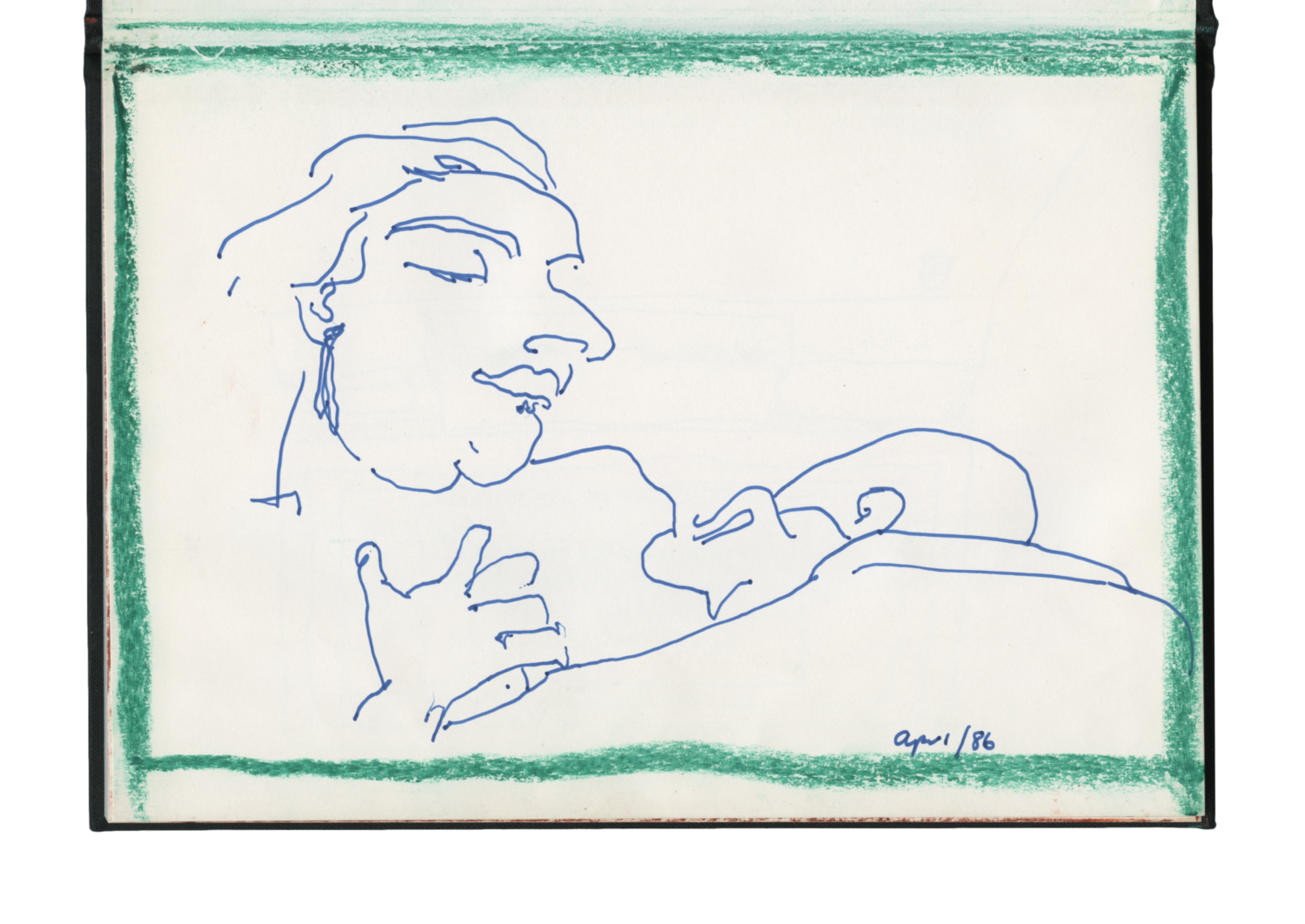 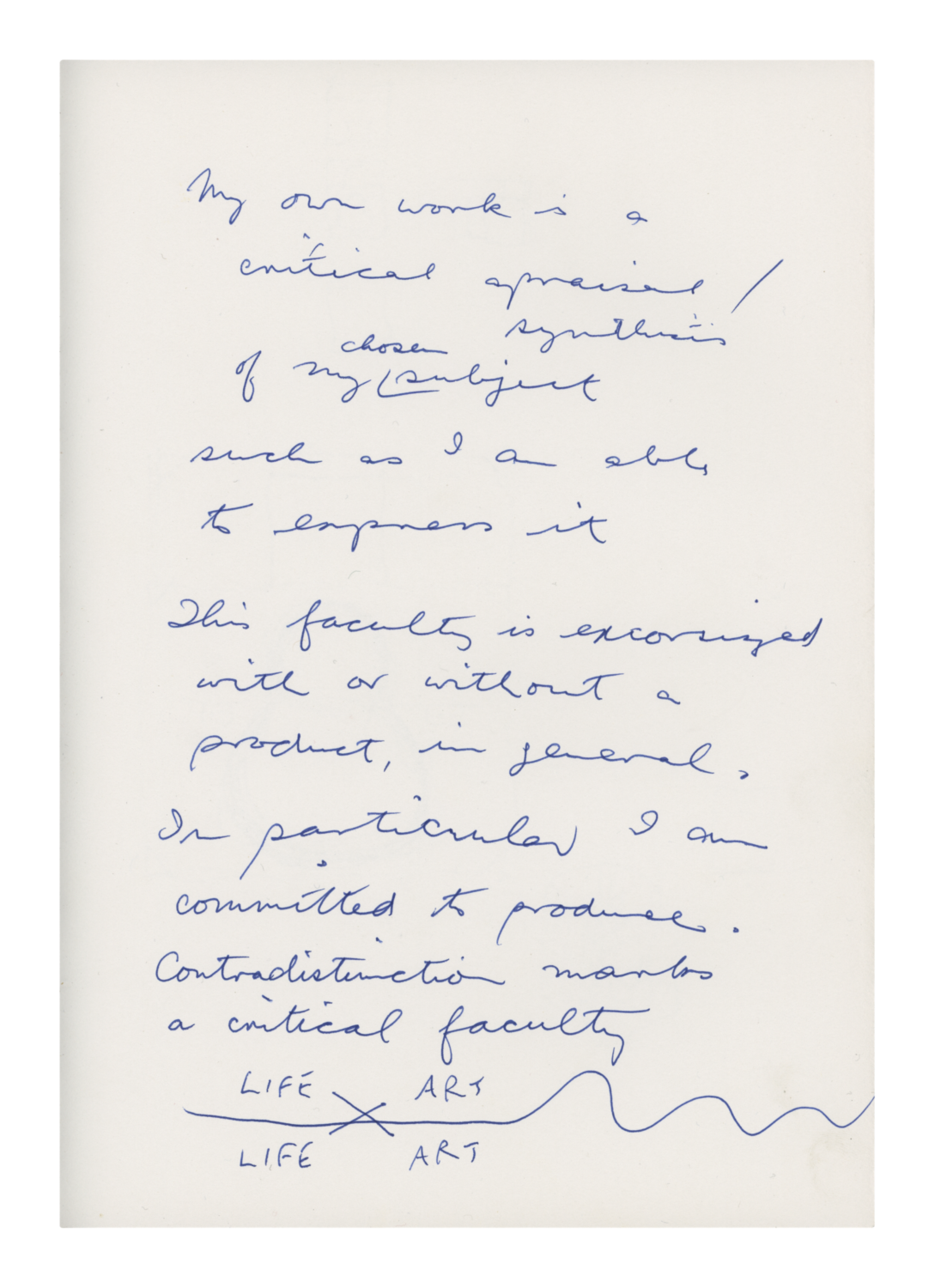 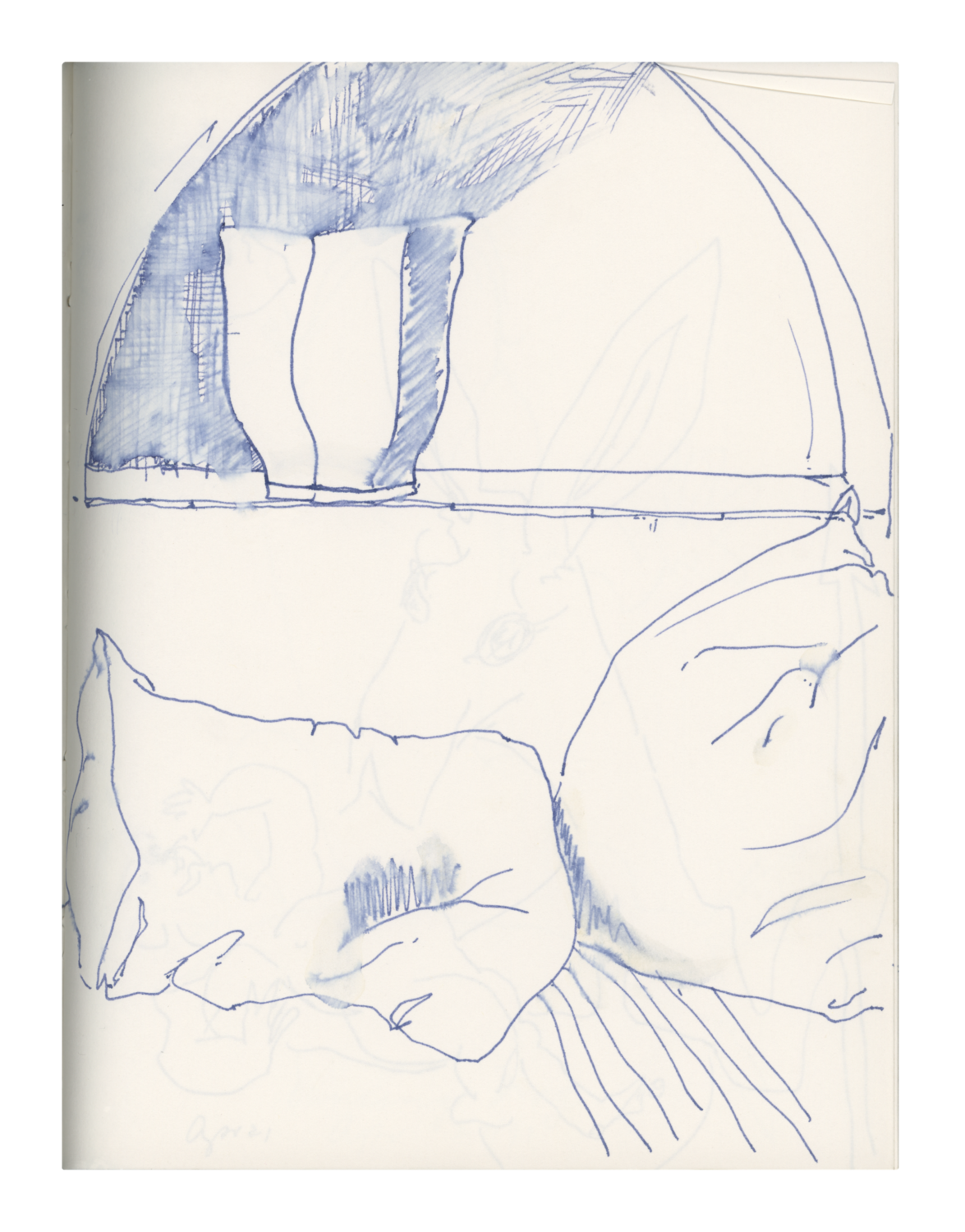 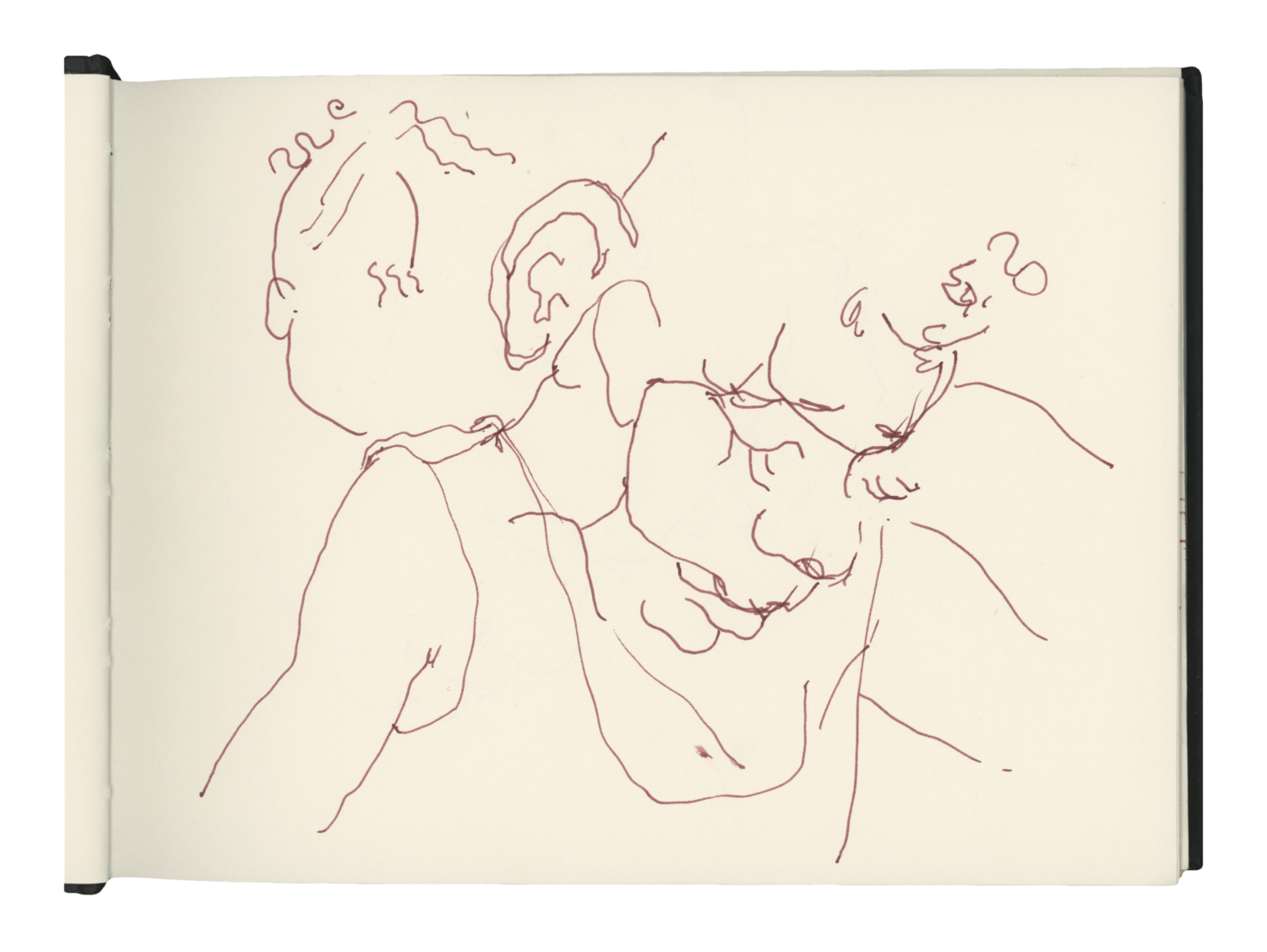 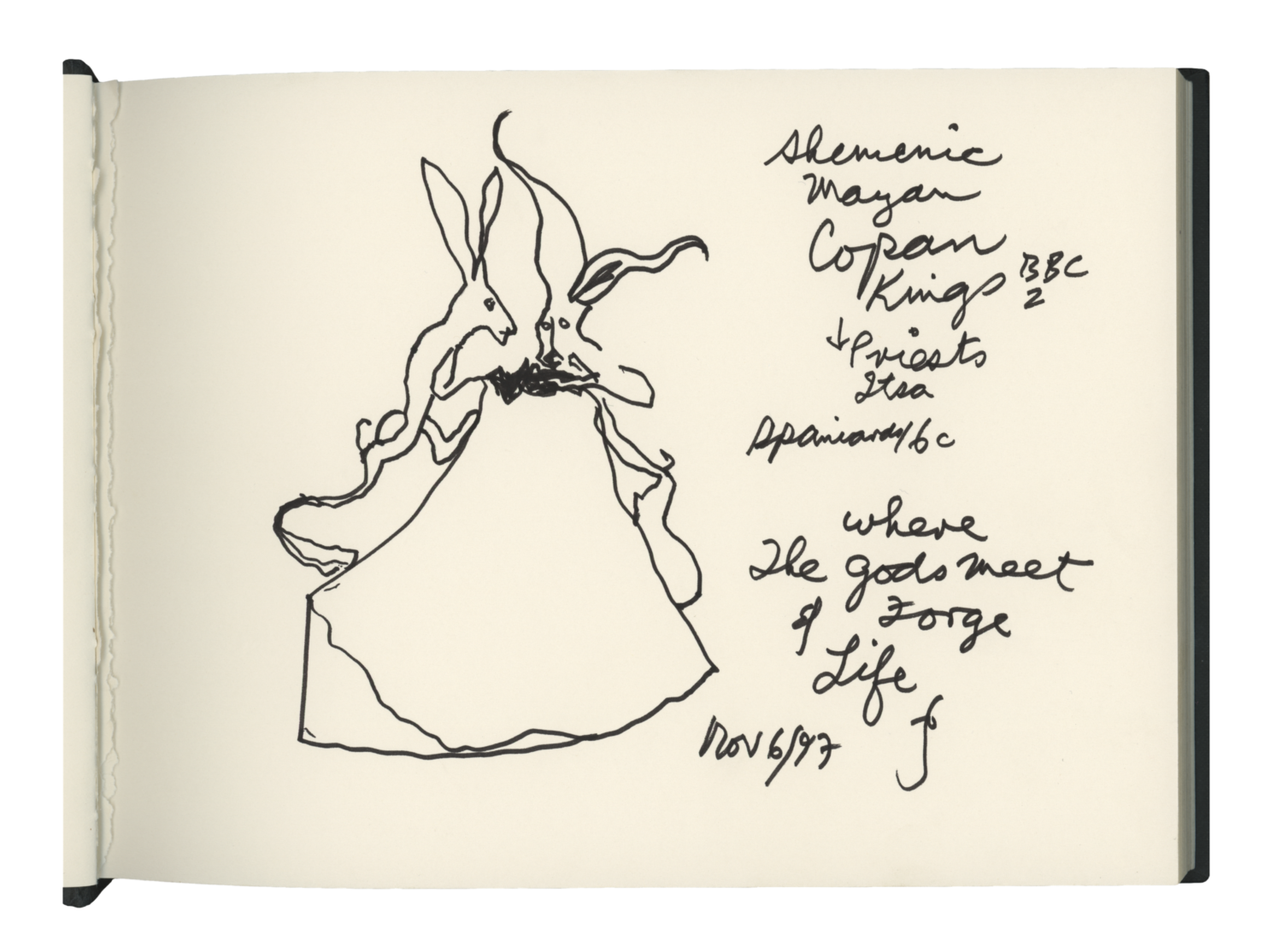 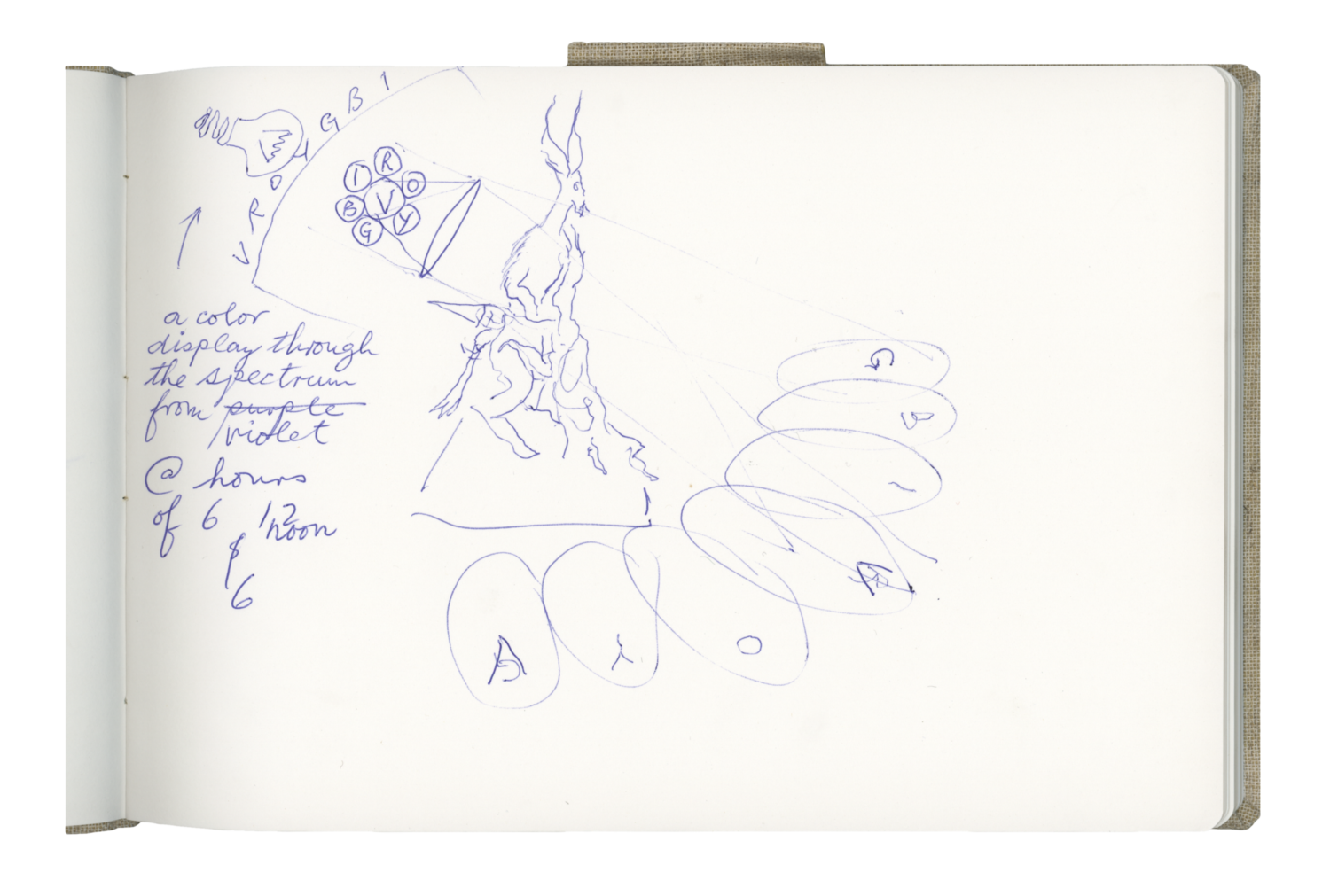 Thoughts and musings. Plans for maquettes. Notes for the speech given at the unveiling of Camdonain (1980). Sketch of artist Alan Sekers and sketches relating to Rowford Process Furniture. Various different names and addresses. 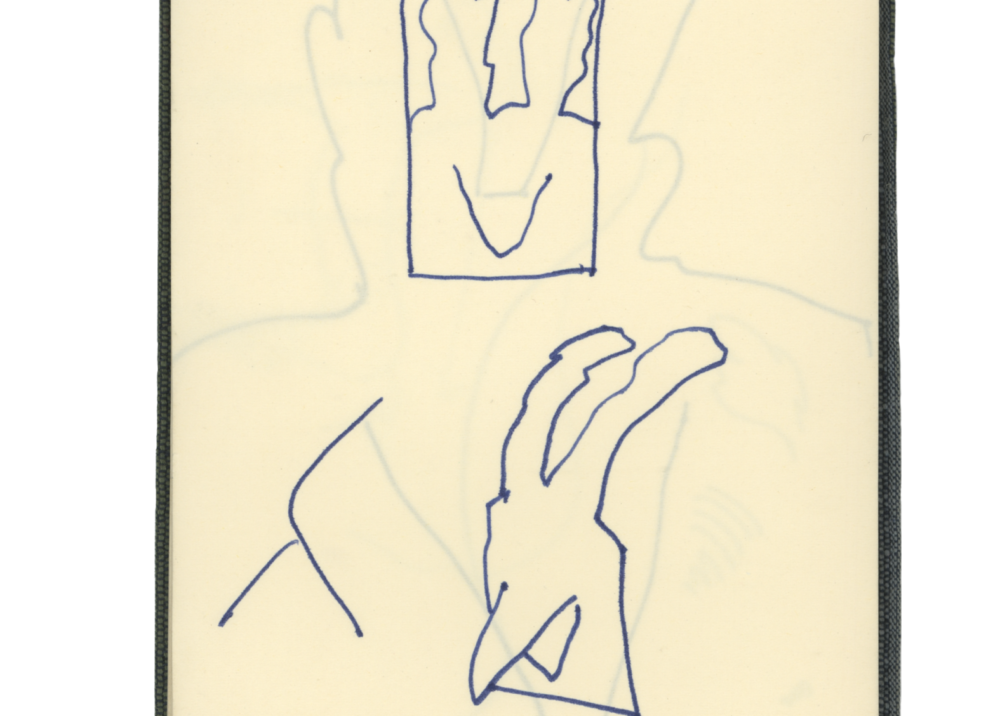 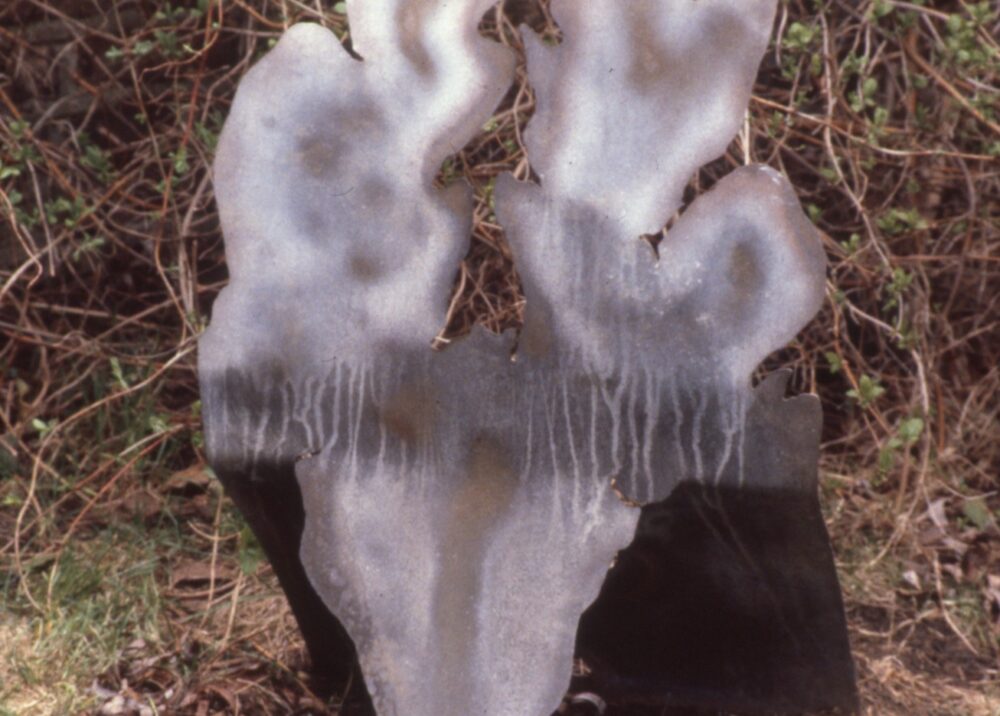