Files of press-cuttings and photocopies of press-cuttings from the national and international press and specialist publications, the majority of which make reference to the work of Barry Flanagan, filed broadly chronologically and gathered by a combination of Flanagan, contracted press agencies, galleries and related organisations. 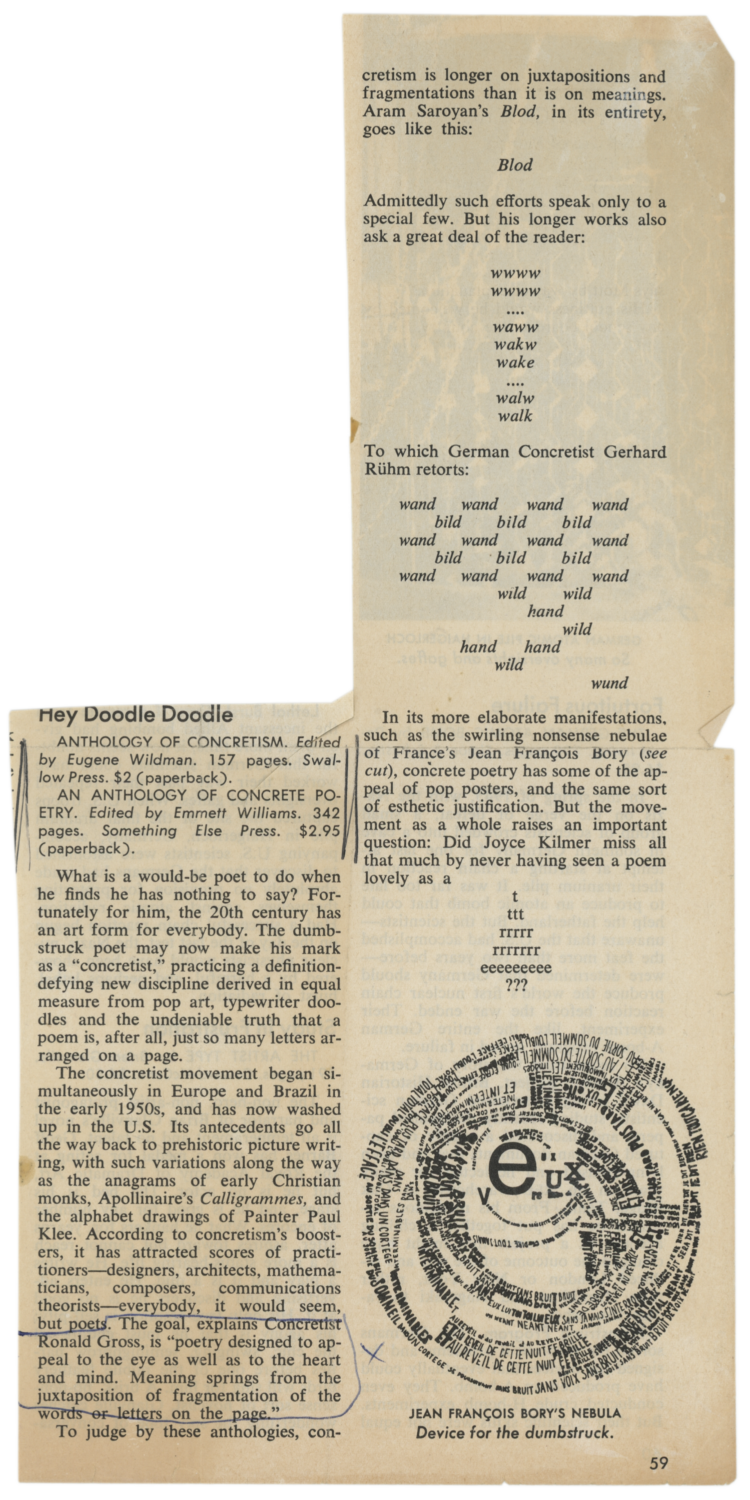 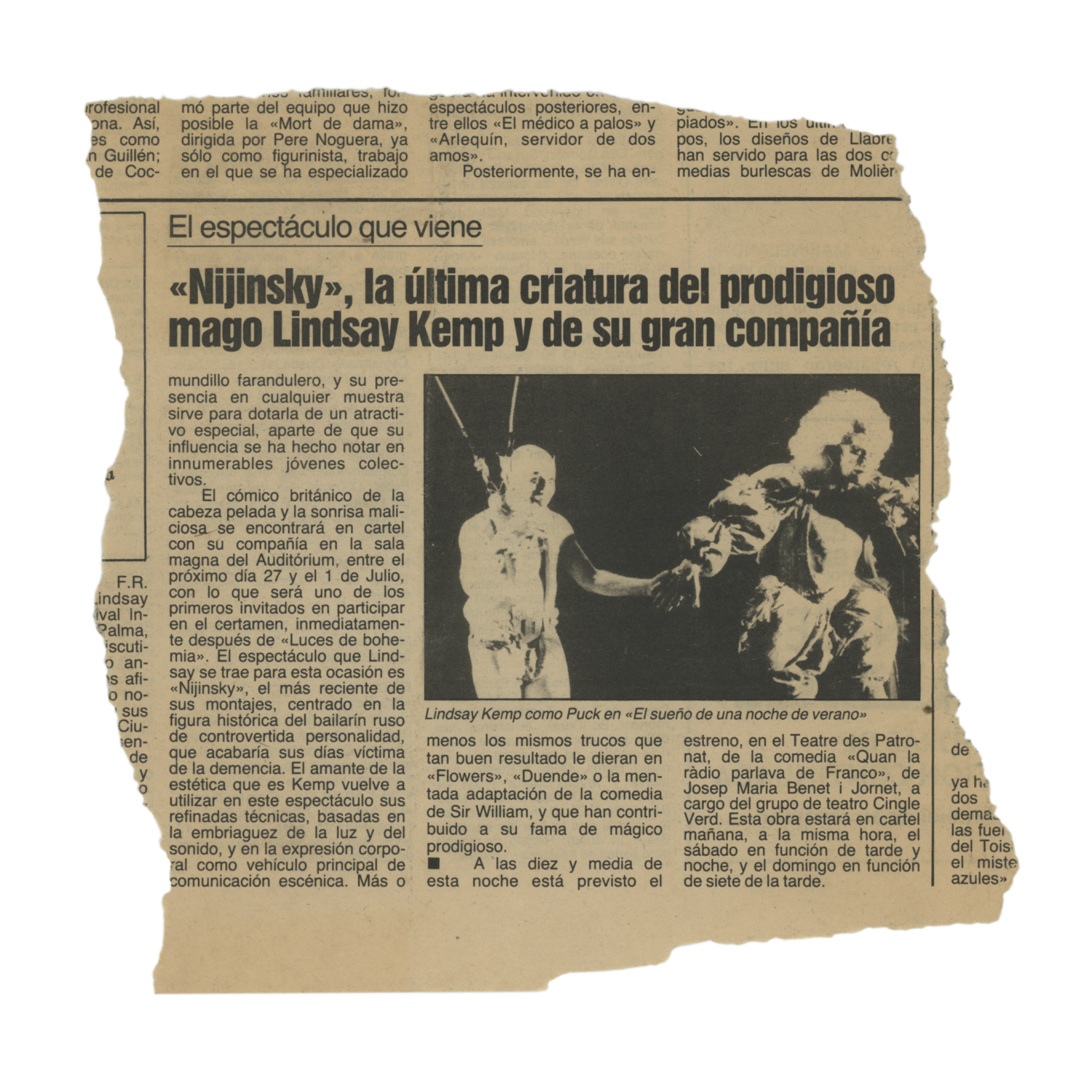 Cuttings of articles and reviews regarding Flanagan and others [where authors, publications or dates are not mentioned they are not known].

Various copies and colour printout of whole publication Die Kunstzeitschrift April 1983. [Annotated by Flanagan on the back].

Articles on others.
Review, ‘Anthology of Concretism’, edited by Eugene Wildman and ‘An Anthology of Concrete Poetry’, edited by Emmett Williams: Swallow Press c.1969. Raymond Gardner, ‘Beyond the word, Richard Gardner talks to Bob Cobbing about experiments in concrete poetry like the visual poem below’c. 1969. and ‘Carol Dix, ‘Readymix art’, c.1970.

To view more content in this file, you can book an appointment to visit the Archive and Library
Book Appointment
Related Archive Entries
There are 9 Archive Entries relating to this entry
See all results
JBF/5/1/3.1

Alex Turnbull interview for Beyond Time

Art and the sixties