Volumes compiled by Barry Flanagan containing press-cuttings and photocopies of press-cuttings from the national and international press and specialist publications which make reference to his work. The press-cuttings are arranged broadly chronologically and the majority are labelled with the publication title and date.

All 3 Archive entries for Press-cuttings scrapbooks 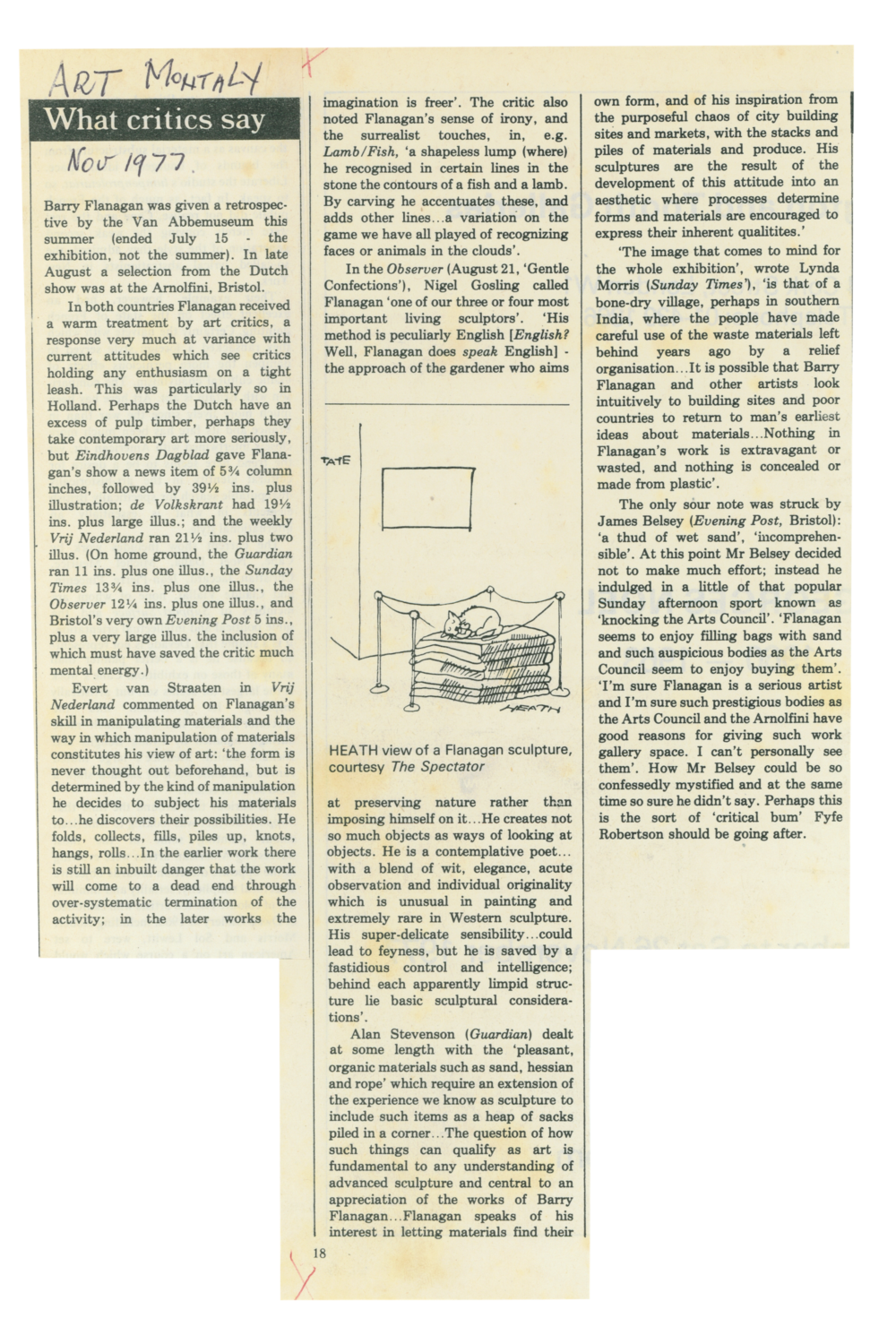 To view more content in this file, you can book an appointment to visit the Archive and Library
Book Appointment
Related Archive Entries
There are 7 Archive Entries relating to this entry
JBF/1/2.14

Press-cuttings on the Laundress Green Scuplture (1972) 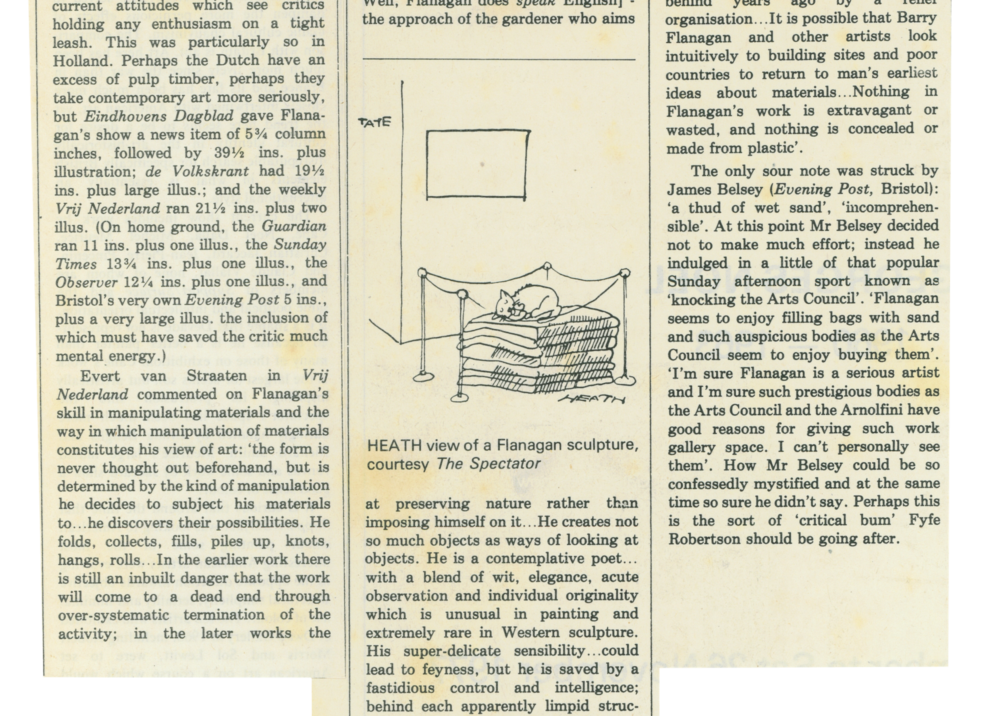 We have found 44 Related Entries
See all results